Have you ever found yourself frustrated because you’re trying to remove a knife blade from its holder and the pliers won’t grip the blade the way you want it to?

On top of that, the force you used to take the blade out makes you internally cringe because you know that the blade can become damaged by accidentally hitting it on the crush cut roll—again. But, that’s if you’re lucky and don’t drop the blade in the process. It’s not fun being in that situation, especially when you can’t find where the blade landed.

Dienes understands your frustration and that’s why we have created the solution. The EZ Knife Puller is the answer to these ongoing problems.

What is the EZ Knife Puller?

The EZ Knife Puller incorporates the plier-like gripping style, but with a much better grip on the blade because this tool is specifically designed for the removal and installation of knife blades. Its specially-designed tips surround the score cut blade hub so the operator doesn’t have to grab the blade by the edge where it can slip from lack of grip. After the tips are inserted into the holder and the operator grips the handles, the tips clamp down sturdily around the score cut blade hub with no slippage or wobble during blade removal.

Besides the fact that the EZ Knife Puller allows for easier installation and removal of blades, there are additional benefits to owning an EZ Knife Puller. For starters, it decreases operator risk while removing and installing blades. On top of that, it decreases the blade tip damage. Blades get damaged over time with the original method of knife blade removal because it may hit the crush cut roll below the holder during the removal process. The EZ Knife Puller allows the operator to confidently remove and install the blade without hitting the blade or accidentally dropping it on the ground. By avoiding these issues, the tip of the blade is preserved for longer usage and stability.

From a business standpoint, the tool enables operators to remove the blade quicker than the original method. Because the blade is quicker to remove, productivity increases and operator downtime decreases. Besides this, and the fact that it reduces the need for the operator to even touch the blade, it is extremely easy to use. No more frustrated feelings because the pliers won’t grip the small fraction of a blade that is exposed from the holder because the EZ Knife Puller avoids this frustration altogether. The tool easily grabs the score cut blade hub and allows the operator enough leverage for removal and installation of the blade.

To show you how easy it is to use the tool, a step by step process is given for both removal and installation of the blades. 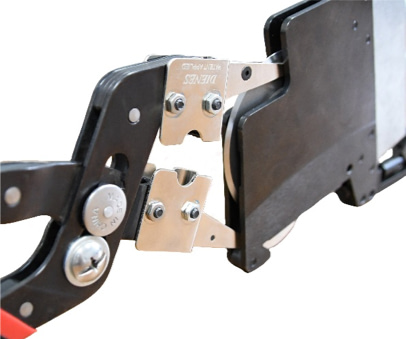 The tool was tested on an operator who was shown the tool for the first time and with these simple instructions they easily removed and installed the knife blade from its holder.

The EZ Knife Puller is a one-of-a-kind tool with nothing like it in the market. Dienes is ecstatic to bring it to the table because it will help a lot of people and businesses in many ways including, but not limited to, improving operator safety and preserving blade quality. Order yours today or call us at 1-800-885-3452 if you have any questions. 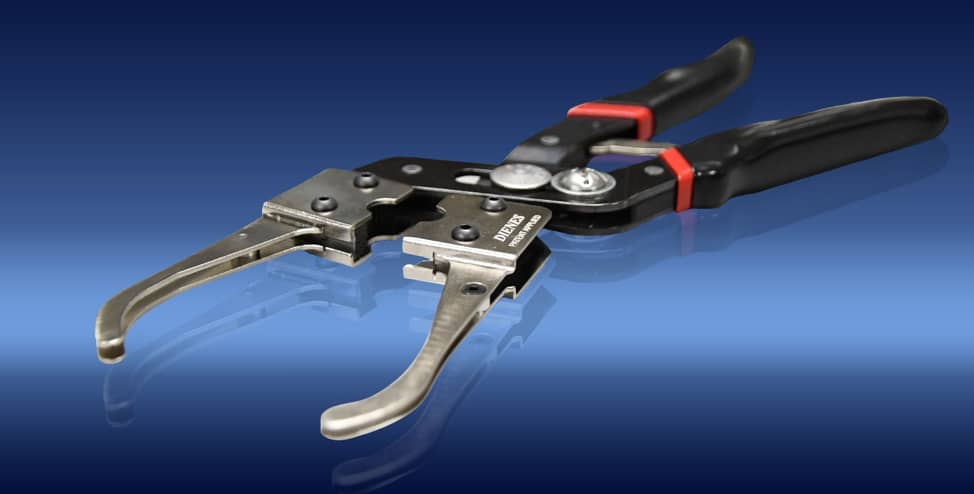 Providing Custom Quotes on All Products. At Your Request.

GET YOUR QUOTE TODAY