Welcome to part 3 of 3 on our dust generation series. In this last part, we will go over how the regrinding process, blade sharpness, and finish play a role in dust generation. 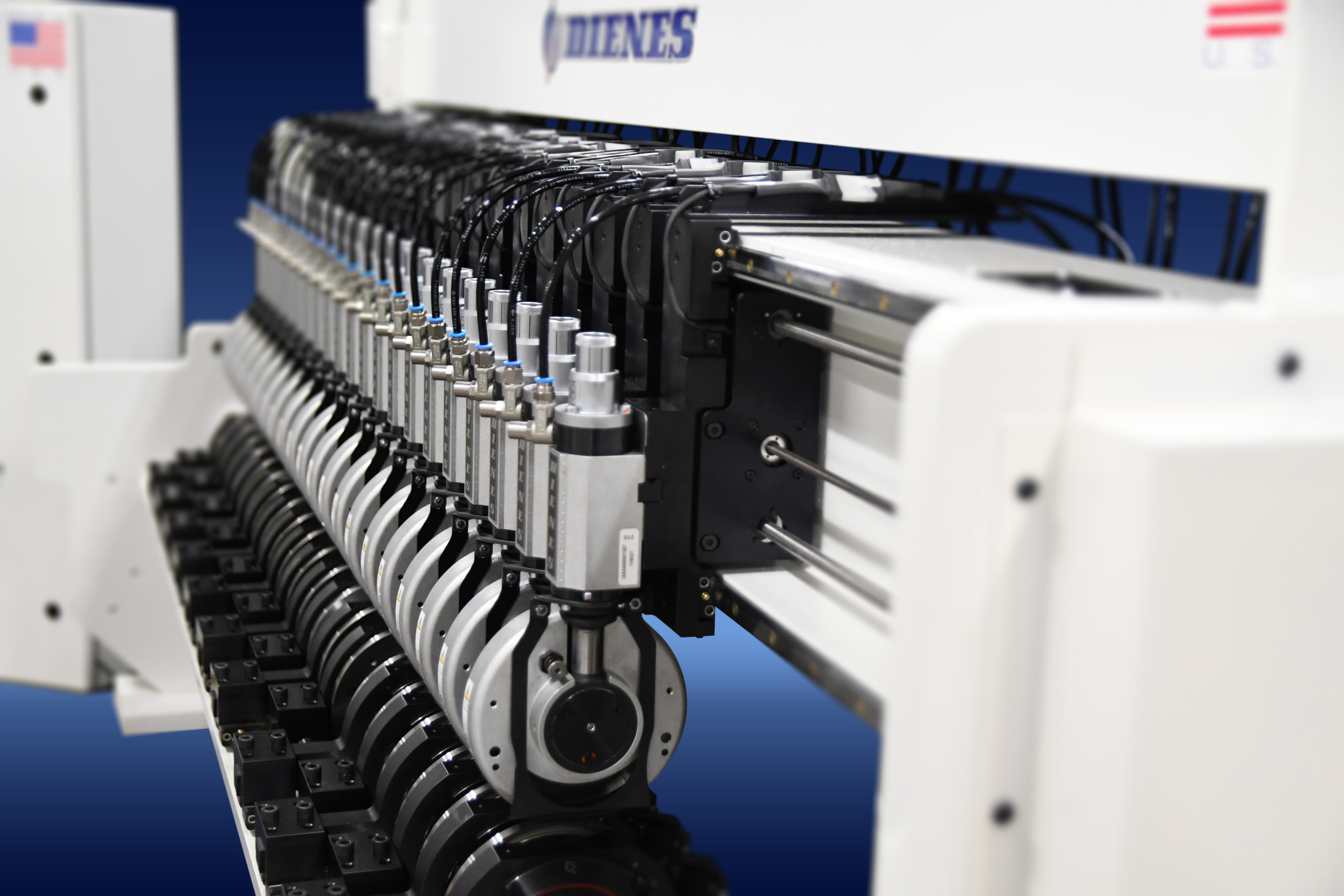 First, let us discuss blade sharpness. Obviously, the sharper the blade is, the cleaner the cut will be and will lead to less dust. Because of the shear angle required to cut, the blade edge immediately begins to lose sharpness when setting in operation. Maintaining sharpness is dependent on:

Unfortunately, there is no clear standard to quantify blade sharpness. Moreover, a lessening cut quality or increased dust generation are the factors that establish the knife change over time. We recommend performing standard blade changes during planned preventive maintenance shutdowns.

As we had mentioned previously, the surface finish on the knife blade also plays a role in dust generation. Rough blades can fray slit edges as they traverse along the blade surface. Typically, a minimum of eight root mean square (RMS) finish, measured with a profilometer, is required for most applications. Although, some high-speed paper slitters running at 6,000 to 9,000 fpm have a “super finish” of less than one RMS.

Regrind direction may also impact dust generation. As seen in the picture to the right, the blade on the right has

grinding marks running to the outer edge of the blade diameter. When the web material traverses this regrind, the hills and valleys will grate against the material to damage the slit edge and generate more dust than necessary.

The regrind pattern on the left is “with” the web path. The grating effect is reduced significantly to produce a better edge with less dust.  Interestingly, both of these blade grinds can measure the same RMS finish, so it depends largely on the regrinding method and procedure.

Knife regrinding can increase slitting dust generation in the same way as excessive blade depth. When a blade becomes dull and is reground to return the sharp edge, usually the second bevel is not touched by the grinding operation. Typically, a minimum of 0.015″ to 0.030″ of the blade must be removed to eliminate sub-surface, fractured material. This in effect increases the blade width when a 0.030″ overlap is reached during the next set-up process. Shown below is the comparison of increased thickness between a double bevel and a double hollow bevel after regrind operations.

With each regrind, and subsequent new depth adjustment, a thicker blade area becomes exposed to the slit web, causing greater and greater web deformation during slitting. The change of blade width is shown as a percentage of increase from the original width. It is less damaging with the double hollow bevel blade because it is thinner. It is possible to regrind both bevels, but it is not usually done.

If you are unsure, about whether your current regrinding process is adequate for your application or if you want to stop worrying about the blades having the correct profile and finish, ask about our regrinding service today!

We thank you for reading this 3 part series on contributing factors that impact dust generation. If you find yourself needing more information on this topic or about your particular slitting process, we welcome you to call our sales line at 1-508-613-8092 or email us at sales@dienesusa.com in which one of our slitting experts will gladly assist you.

DIENES USA is a subsidiary of Dienes Group